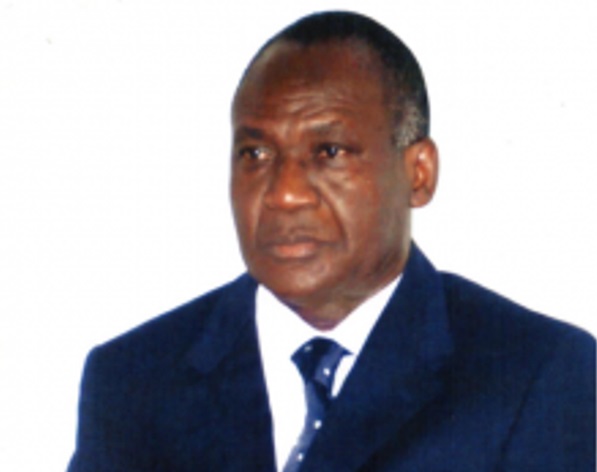 While the genocidal government organized the population and issued specific instructions on the systematic and extensive elimination of Tutsi, the United Nations continued to procrastinate on the true nature of the massacres that were being perpetrated against the Tutsi.

It was only until May 24, 1994 that the United Nations Commission on Human Rights held an emergency meeting in Geneva, convened by Canada. After the meeting, a resolution was adopted on May 25, 1994, and concluded on the need for an investigation into the Tutsi massacres in Rwanda.

The first official recognition of the genocide finally took place in a report to the Security Council of May 31, 1994. It was based on information provided by Iqbal Riza and Maurice Baril, the military adviser to the Secretary General who paid a visit to Rwanda between May 22 and 27, 1994.

Finally, Mr René Degni-Ségui, Special Rapporteur of the United Nations Commission on Human Rights, carried out a fact-finding mission to Rwanda from June 16 to 20, and published his report on June 28, 1994 which termed genocide the massacres perpetrated against the Tutsi since April 7, 1994.

1.      THE RESOLUTION OF THE UN HUMAN RIGHTS COMMISSION, ADOPTED ON MAY 25, 1994, CONCLUDED ON THE NECESSITY OF AN INVESTIGATION ON THE MASSACRES OF TUTSI

At the May 25, 1994 meeting of the United Nations Commission on Human Rights, delegates had concluded that the genocide was ongoing and should be investigated.

On the same day, this Commission had adopted resolution 1994 S-3/1, by which a special rapporteur was appointed and charged with investigating the massacres perpetrated against Tutsi which were under way.

Previously, the United Nations High Commissioner for Human Rights, Mr. Ayala Lasso had carried out a mission to Rwanda between May 11 and 12, 1994. His report mentioned systematic and generalized massacres against Tutsi.

2.      THE “REPORT ON THE SITUATION OF HUMAN RIGHTS IN RWANDA” PRESENTED BY THE SPECIAL RAPPORTEUR OF THE COMMISSION ON HUMAN RIGHTS, Mr. DEGNI-SEGUI, ON JUNE 28, 1994, HAD DESCRIBED THE MASSACRES PERPETRATED AGAINST TUTSI AS GENOCIDE

On June 28, 1994, the “Report on the situation of human rights in Rwanda” presented by Mr. Degni-Ségui, the Special Rapporteur of the Commission on Human Rights, issued his report which described the massacres perpetrated against the Tutsi as genocide and designated those responsible for these massacres namely; the genocidal government, the army, the Interahamwe and Impuzamugambi militias of the MRND and CDR. The report showed that Interahamwe and Impuzamugambi militiamen massacred Tutsi.

a)      The massacres of Tutsi were planned by the genocidal government

The report found that the massacres were horrific and terrifying, planned, systematic and atrocious.

Indeed, there were many evidences showing that the massacres were planned: the first was the campaign to encourage ethnic hatred and violence orchestrated by the government media houses or those close to the government media, such as the Radio Rwanda and especially the “Radio Television Libre des Milles Collines” (RTLM). The second consisted in the distribution of weapons to the civilian population and more particularly to the militia.

In addition, the militiamen had undergone intensive training in military structures from November 1993 to March 1994. The additional was demonstrated by the exceptional speed with which the massacres started and continued from April 7, 1994. Furthermore, roadblocks were established between 30 and 45 minutes after the attack on the presidential plane and even before news of the accident had been announced by national radio.

b)     The report showed that the Tutsi massacres were systematic

The report of the Special Rapporteur found that the massacres perpetrated against the Tutsi were systematic. Entire families were destroyed, grandparents, parents, children. No one could escape it, not even the newborns. What was even more symptomatic, was that the victims were pursued until their last entrenchment to be executed. This is the case of victims who have been killed in parishes and especially churches, which had become the scene of their holocaust. The same was true for those who had taken refuge in house ceilings or in the deepest corners of houses and in the forests, where the attackers set fire to make sure that they would not leave any survivors behind. This was also the case with the borders, which were blocked to prevent Tutsi from escaping to neighboring countries.

c)      The report notes that the massacres perpetrated against the Tutsi were carried out under painful, horrible and cruel conditions

According to the report, the massacres were indeed preceded by acts of torture or other cruel, inhuman and degrading behaviour. Generally speaking, the victims were attacked with machetes, axes, clubs, sticks, or iron bars. The killers sometimes cut successively the fingers, the hand, the arms, the legs before cutting off the head or excruciating the skull.

Witnesses reported that it was common for victims to beg their killers or offer them money to be killed by bullets than machetes. It was also reported that when Tutsi were locked in a room or in a church that the militiamen were unable to open, the soldiers came to their rescue: they broke down the doors, threw grenades in the room and left the interahamwe to complete the work with machetes.

The barbarism spared neither children from orphanages, nor the wounded from hospitals, they abducted and killed them. Mothers were forced to pound their children. It has even been reported that the killers, after having executed the victims in the middle of the street and in full view of everyone, cut them into pieces and some did not hesitate to sit on the bodies and drink a beer while waiting for the prisoners to come and pick up the bodies.

Prominent figures, including the United Nations Secretary-General, have not hesitated to qualify the massacre of Tutsi as genocide.

All the conditions of Article II of the Convention on the Prevention and Punishment of the Crime of Genocide of December 9, 1948 were met with regard to the massacres perpetrated against the Tutsi.

The first condition did not seem to be in any doubt with regard to the massacres perpetrated (II a)) and even to cruel, inhuman and degrading treatment (II b)).

The second was no longer difficult to fulfill, because the clear and unequivocal intention was well contained in the continuous calls for murder launched by the media (in particular RTLM) and transcribed in flyers. If it was not the case, the intention could have been deduced from the facts themselves, from a bundle of concordant signals: preparation for the massacres (distribution of firearms and training of militiamen), number of Tutsi killed, and the result of the pursuit of a policy of Tutsi destruction.

The third condition, which requires that the ethnic group should be targeted as such, was also fulfilled: first, many explanations revealed that the screening carried out during the checkpoints for identity verification targeted the Tutsi. Then and above all, the main enemy remained the Tutsi who was the inyenzi, that is to say “the cockroach”, to be crushed at all costs according to the killers.

The conditions prescribed by the 1948 Convention were thus met and Rwanda, having acceded to it on April 16, 1976, was held to respect the principles which would have been imposed even without any conventional bond, since they acquired customary value.

In the opinion of the Special Rapporteur, the qualification of genocide must already be retained with regard to the Tutsi.

e)      Impunity was guaranteed to killers by the genocidal government

The militias of the political parties established roadblocks, controlled the identity of passers-by, arrested the Tutsi and executed them in the street, in full view of all, in front of elements of the gendarmery and the Rwandan armed forces. Far from worrying the militiamen, they rather supported them. This was also the case for the local authorities, prefects or bourgmestres, who directly participated in the killings.

Until then, the perpetrators of the previous and current massacres, known to the public and the authorities, had not been the subject of any prosecution. On the contrary, they continued to lead peaceful lives and to circulate freely in peace and impunity.

These were the structures of the Rwandan government, and in particular, senior political officials at the national level, such as ministers, the army and the gendarmery, more particularly the presidential guard, the prefects and the bourgoumestres. The responsibility of the Rwandan “interim government” was fully engaged given that it incited the population to exterminate the Tutsi.

The report points to the militiamen, the leaders of extremist political parties (MRND and CDR) or the founders and journalists of RTLM.

The United Nations must condemn the genocide perpetrated against the Tutsi in Rwanda by emphasizing the awful, abominable and unacceptable nature of such acts.

The United Nations should inform the perpetrators that, once identified, they will be held accountable for their acts and omissions by competent authorities and wherever they may be in the world.

We must also ask the states which have granted asylum or other refuge to those involved in the massacres to take appropriate measures to ensure that they do not escape justice.

The United Nations should establish, pending a permanent international criminal court, an ad hoc international court responsible for hearing the facts and trying the guilty parties and, failing this, expanding the jurisdiction of the International Criminal Tribunal for War Crimes committed in the former Yugoslavia.

Since January 1994, General Romeo Dallaire, the commander of UNAMIR, has constantly alerted the United Nations authorities to the regime’s preparations for the genocide.

For reasons that have yet to be revealed, the UN bodies which had to take a decision to prevent and stop the genocide have procrastinated and let it go.

Some major powers that have a permanent seat on the Security Council could have predicted the genocide, and take into consideration the significant warnings which showed that genocide was imminent.

The permanent members of the Security Council knew that during the two weeks of the genocide was apparent, the information came from reputable sources like MUNUAR, the ICRC and OXFAM.

On the contrary, some members continued to portray the genocide as massacres linked to the civil war, which only obscured the reality of the genocide perpetrated against the Tutsi and the obligation to intervene.

International opinion refused to see the reality of what was happening in Rwanda from April 7, 1994. It was not until June 28, 1994 that the genocidal intent was finally accepted by the UN authorities, more than three months after the start of the genocide. (End).