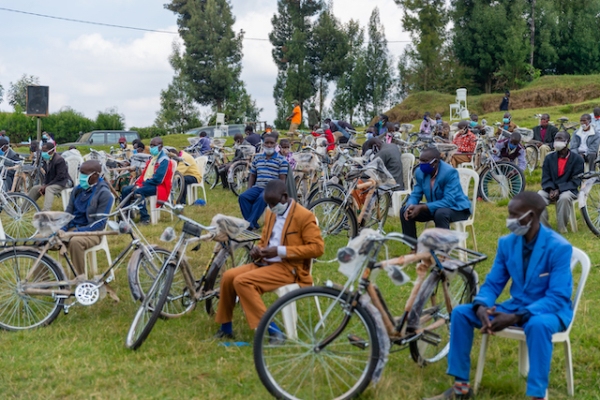 Kigali: President Paul Kagame and the Commander in Chief of Rwanda Defence Force (RDF) has donated 589 bicycles to village leaders of the 18 sectors surrounding Nyungwe forest.

This was done as a token of appreciation for the exemplary work done last year when armed elements from neighboring countries bordering the forest made several attempts to kill innocent lives and destroy their properties, but security forces in collaboration with local leaders and local communities defeated them. 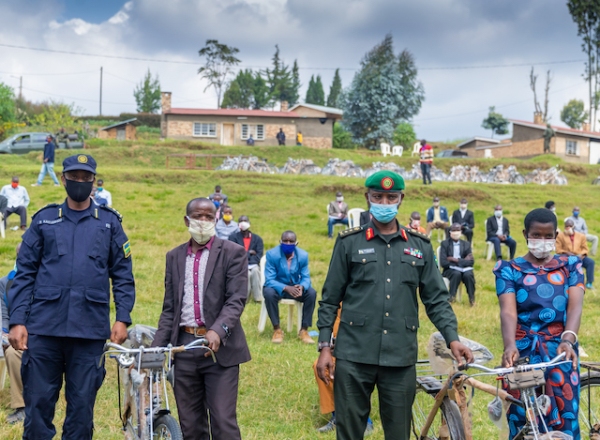 On behalf of RDF leadership, the area Senior Commanders handed over the bicycles to the village leaders in Nyaruguru, Karongi, Nyamasheke and Rusizi Districts, thanked them for their brave acts that contributed to bringing security in their communities.

“The collaboration between security organs, village leaders and residents in general has proved that we are united and ready to defeat any enemy trying to destabilise our country. We commend your understanding that owning, protecting our country’s safety and security is a pillar for its development” one area Senior Commander said. 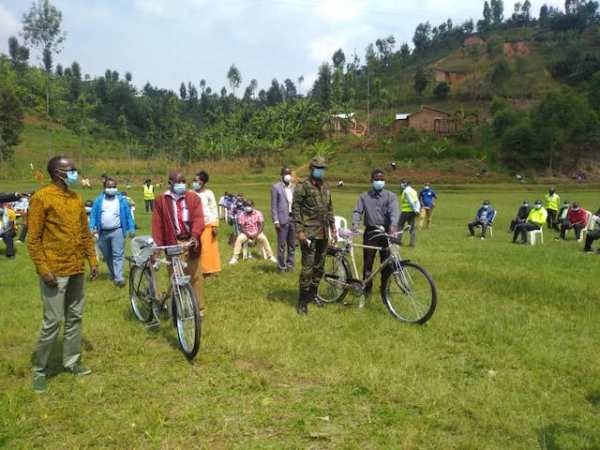 Nubahimana Emmanuel, Nyacyondo Village leader in Ruheru Sector said, “The bicycles are a motivation for us to deliver even more and continue our close collaboration with our security organs to protect our country.”

The armed groups were neutralized, thanks to the vigilance of RDF, other security organs and most importantly thanks to the cooperation of the local population and their leaders. (End)