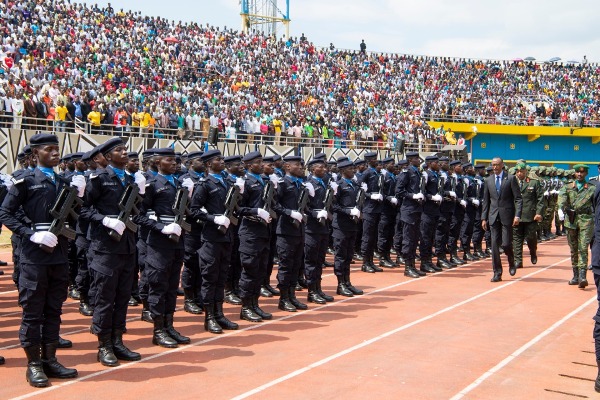 Kigali: Every July 4, Rwanda celebrates the Liberation Day. It is the Day when friends of Rwanda and Rwandans across the world come together to reflect on the time when the 1994 Genocide against the Tutsi was stopped and to celebrate the transformation journey thus far.

Prior to and immediately after the Rwandan Patriotic Front and Army (RPF/A) liberated Rwanda on 4th July 1994, Rwanda had several Para-military and Civil defense forces entrusted to keep law and order.

In the year 2000, the Government of Rwanda thought it wise to have an organized, well coordinated and professional police force that would effectively deal with security challenges that were relatively high at the time.

This led to the merger of the three institutions in June 2000, which had the Policing and law and order functions at the time, forming the Rwanda National Police (RNP).

The RNP as a proactive force is built on the core values of professionalism, patriotism, integrity and high level of discipline. When RNP came into being on June 16, 2000, its first priority in Kwibohora journey was to consolidate safety and security, which had been lacking under the previous governments culminating into the 1994 Genocide against the Tutsi.

To do this, so much investment was made in promoting the values of selfless service, professionalism and efficiency in overcoming crime and enabling a safe environment;

The last 20 years have defined the meaning of partnership in policing. The current safety and security as determined by local, regional and international reports that have placed Rwanda as one of the safest countries globally, is partly attributed to this valuable partnership between RNP and other public and private institutions under the grand and visionary leadership. 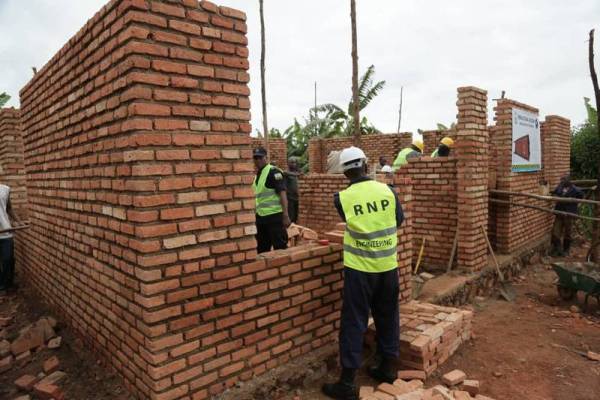 Since the year 2000 when it was created, RNP has opened communication channels with the public including regular social media interactions, electronic and print publications, toll-free telephone lines for emergencies, the formation of groups of active community policing partners that include over 300, 000 Youth Volunteers in Community Policing, Anti-crime Ambassadors, 174,000 members of Community Policing Committees (CPCs), over 2000 Anti-crime clubs in schools, transport associations, media fraternity, artists, faith based organizations as well as government and private institutions that have signed MoUs with RNP.

The RNP strongly believe that enhanced citizen participation in maintaining security as well as getting involved in human security initiatives lays a strong foundation that help to strengthen partnerships in crime prevention, support social programmes and support national efforts towards sustainable development.

The factor of human security lies at the centre of the RNP proactive policing over the last 20 years of dedicated service to the people. This involved reaching out to the disadvantaged families with heifer, shelter, medical insurance premiums, connecting over 10000 households that are far from the national grid with solar power system; access to clean water, creating and renovating feeder roads connecting communities, environmental protection and hygiene activities, among others.

These human security practices are designed in line with the Liberation journey and to ensure the responsiveness of everyone in fighting and preventing crime, improving the welfare of the people and a way of dealing with the root-cause of crime.

While presiding over the 17th Police Day anniversary, His Excellency Paul Kagame, the President of the Republic of Rwanda, said: “The Police cannot succeed when working alone but it can achieve its goals when working in collaboration with citizens.”€

Policing in a globalized world

In order to effectively ensure the safety of people and their property; training, acquiring modern policing equipment, face-lifting the infrastructure, improving the welfare of police officers; embracing technology in policing, gender equality, peacekeeping; all these were prioritized to ensure sustainable security as a foundation to the liberation of the economy and development.

The National Police College (NPC), Police Training School (PTS) Gishari and the Counter-Terrorism Training Centre (CTTC) Mayange are at the heart of career and professional training and building a disciplined and professionalized police force.

Participation in Peace Support Operations (PSOs) is Rwanda’s principled decision with roots in the country’s tragic experience of the 1994 Genocide against the Tutsi.

Over the last 15 years, more than 7700 Rwanda Police officers have participated in peacekeeping duties across the globe, of which over 1,400 are women.

Participation in peacekeeping is Rwanda’s moral obligation to prevent similar Genocide tragedy from happening elsewhere and was passionate about protection of lives in conflict affected areas.

Today, Rwanda is the second-largest Police contributing country to UN Peace Support Operations with over 1,000 officers deployed to different missions.

Over the last 15 years of peacekeeping journey, RNP have also participated in restoring peace and security in Ivory Coast, Mali, Liberia and deployment of FPUs in Haiti; Police Professional staff in the United Nations Headquarters in New York as well as heading the Police components (Police Commissioner) in Ivory Coast (UNOCI) and South Sudan (UNMISS). (End)